THE BANK HACKING SOFTWARE. Over the years, we have been in the news for our bank hacking and ATM hack exploits globally. With over 15 years of experience and research, we possess the most sophisticated bank hacking software and database exploitation tools. Here are some news watch about our recent activities. Check the links.

Of course, hacking has evolved too: nowadays you can find a lot of automated OSINT Tools that can help anyone with security research and intel reconnaissance in a way that just wasn’t possible twenty years ago.

In past decades, ethical hacking and penetration testing were performed by only a few security experts. Now almost anyone can report security incidents. Ethical hacking tools allow you to scan, search and find the flaws and vulnerabilities within any company to help make their systems and applications more secure (as seen in the recent Top CVE’s exploited in the wild post published a few weeks ago).

Do you want to access the ultimate OSINT tool?Learn how SurfaceBrowser™ can help you to explore Domains, DNS Servers, IP addresses and much more.
× Fill out the form and we will get in touch with you!

We’ve compiled some of the most popular penetration testing tools to help you through the first steps of a security investigation. You’ll find some of the classic tools that seem to have been around forever and some new tools that might not be familiar.

John the Ripper is one of the most popular password crackers of all time. It’s also one of the best security tools available to test password strength in your operating system, or for auditing one remotely.

This password cracker is able to auto-detect the type of encryption used in almost any password, and will change its password test algorithm accordingly, making it one of the most intelligent password cracking tools ever.

This ethical hacking tool uses brute force technology to decipher passwords and algorithms such as:

Another bonus is that JTR is open source, multi-platform and fully available for Mac, Linux, Windows and Android. 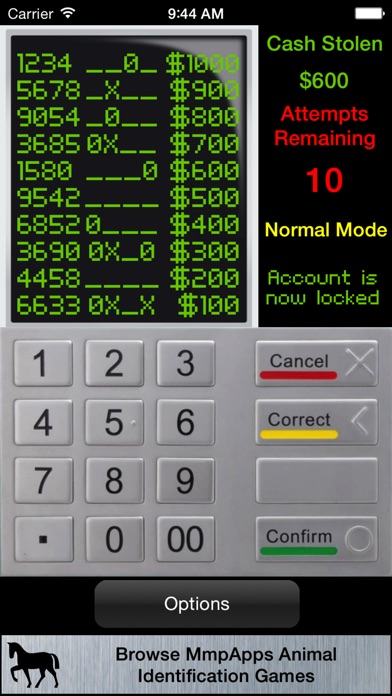 One of the most famous results of this project is the Metasploit Framework, written in Ruby, which enables you to develop, test and execute exploits easily. The framework includes a set of security tools that can be used to:

Nmap (Network Mapper) is a free open source security tool used by infosec professionals to manage and audit network and OS security for both local and remote hosts.

Despite being one of the oldest security tools in existence (launched in 1997), it continues to be actively updated and receives new improvements every year.

It’s also regarded as one of the most effective network mappers around, known for being fast and for consistently delivering thorough results with any security investigation.

What can you do with Nmap?

Wiresharkis a free open-source software that allows you to analyze network traffic in real time. Thanks to its sniffing technology, Wireshark is widely known for its ability to detect security problems in any network, as well as for its effectiveness in solving general networking problems.

While sniffing the network, you’re able to intercept and read results in human-readable format, which makes it easier to identify potential problems (such as low latency), threats and vulnerabilities.

Wireshark supports up to 2000 different network protocols, and is available on all major operating systems including:

OpenVAS (also known as the old classic “Nessus”) is an open-source network scanner used to detect remote vulnerabilities in any hosts. One of the best-known network vulnerability scanners, it’s very popular among system administrators and DevOps and infosec professionals.

The free version can be downloaded from the OpenVAS website, but there is also a commercial enterprise license available from the Greenbone Security (parent company) website.

If you’re going to perform ethical hacking, IronWASP is another great tool. It’s free, open source and multi-platform, perfect for those who need to audit their web servers and public applications.

One of the most appealing things about IronWASP is that you don’t need to be an expert to manage its main features. It’s all GUI-based, and full scans can be performed in only a few clicks. So, if you’re just getting started with ethical hacking tools, this is a great way to start.

Some of its main features include:

Nikto is another favorite, well-known as part of the Kali Linux Distribution. Other popular Linux distributions such as Fedora already come with Nikto available in their software repositories as well.

This security tool is used to scan web servers and perform different types of tests against the specified remote host. Its clean and simple command line interface makes it really easy to launch any vulnerability testing against your target, as you can see in the following screenshot:

sqlmap is a cool cyber-security tool written in Python that helps security researchers to launch SQL code injection tests against remote hosts. With SQLMap you can detect and test different types of SQL-based vulnerabilities to harden your apps and servers, or to report vulnerabilities to different companies.

Its SQL injection techniques include:

Check out the next video to see the true power of SQLMap using the sqlmap out-of-band injection working with Metasploit integration against Microsoft SQL Server:

SQLNinja is another SQL vulnerability scanner bundled with Kali Linux distribution. This tool is dedicated to target and exploit web apps that use MS SQL Server as the backend database server. Written in Perl, SQLNinja is available in multiple Unix distros where the Perl interpreter is installed, including:

SQLninja can be run in different types of modes such as:

Wapiti is a free open-source command-line based vulnerability scanner written in Python. While it’s not the most popular tool in this field, it does a good job of finding security flaws in many web applications.

Using Wapiti can help you to discover security holes including:

Maltego is the perfect tool for intel gathering and data reconnaissance while you’re performing the first analysis of your target.

In this case, it can be used to correlate and determine relationships between people, names, phone numbers, email addresses, companies, organizations and social network profiles.

Along with online resources like Whois data, DNS records, social networks, search engines, geolocation services and online API services it can also be used to investigate the correlation between internet-based infrastructures including:

This application is available for Windows, Linux, and Mac OS, and the only software requirement is to have Java 1.8 or greater installed.

AirCrack-ng is a respected Wifi security suite for home and corporate security investigations. It includes full support for 802.11 WEP and WPA-PSK networks and works by capturing network packets. It then analyzes and uses them to crack Wifi access.

As a bonus, it comes bundled with a lot of Wifi auditing tools including:

Reaver is a great open-source alternative to Aircrack-ng that allows you to audit the security of any Wifi with WPA/WPA2 pass keys. It uses brute force Wifi attack techniques like Pixie dust attacks to crack Wifi-protected setups through common Wifi flaws and vulnerabilities.

Depending on how well-configured the router-level Wifi security is, it can take between 3 to 10 hours to get an effective brute-force cracking result.

Until recently, the original Reaver version was hosted at Google Cloud. After the release version of version 1.6,a forked community edition was launched in Github.

It runs well on most Linux distributions.

Ettercap is a network interceptor and packet sniffer for LAN networks. It supports active and passive scans as well as various protocols, including encrypted ones such as SSH and HTTPS.

Other capabilities include network and host analysis (like OS fingerprint), as well as network manipulation over established connections -- which makes this tool great for testing man-in-the-middle attacks.

Canvas is a great alternative to Metasploit, offering more than 800 exploits for testing remote networks.

This tool also lets you use its platform to write new exploits or use its famous shellcode generator. It also integrates an alternative to nmap called scanrand, which is especially useful for port scanning and host discovery over mid to large networks.

Software companies reap the most benefits from the rise of automated ethical hacking tools and penetration testing utilities, giving them more ways to increase system security every day.

Automated tools are changing the way hacking is evolving, making ethical penetration testing easier, faster and more reliable than ever. Penetration testing and reporting activities now play a crucial role in the process of identifying security flaws in remote or local software — enabling company owners to quickly prevent vulnerabilities from running wild all over the Internet.

Like many of these valuable tools, we’ve developed SecurityTrails from scratch, combining different domain automation lists and tons of forensic data so you can audit your domain names, DNS and online applications.

Are you ready to unveil the true power of our security toolkit? Grab a free API account today or contact us for consultation.