Super Mario 64 was one of the best reasons you could have for owning an N64, next to the two Zelda games and others. This is a port/remake of that game, with certain added goodies and remixed objectives.

The biggest difference that there is between this game and its original is the inclusion of multiple playable characters. That is, aside from Mario, Yoshi, Luigi, and Wario are also playable and each have unique abilities. Yoshi can eat enemies, skitter jump, and turn into the other three characters; Mario can blow up like a balloon and float; Luigi can vanish and skitter jump; and Wario can break bricks and turn into metal. The winged cap is still in this game, and I think only Mario can use it, but I’m not to sure on that.

Again, enemies can be defeated by jumping on them or by fist-fighting them to oblivion. Instead of your powerup determining how close to losing, the characters have a life meter (which again doubles as their oxygen meter). 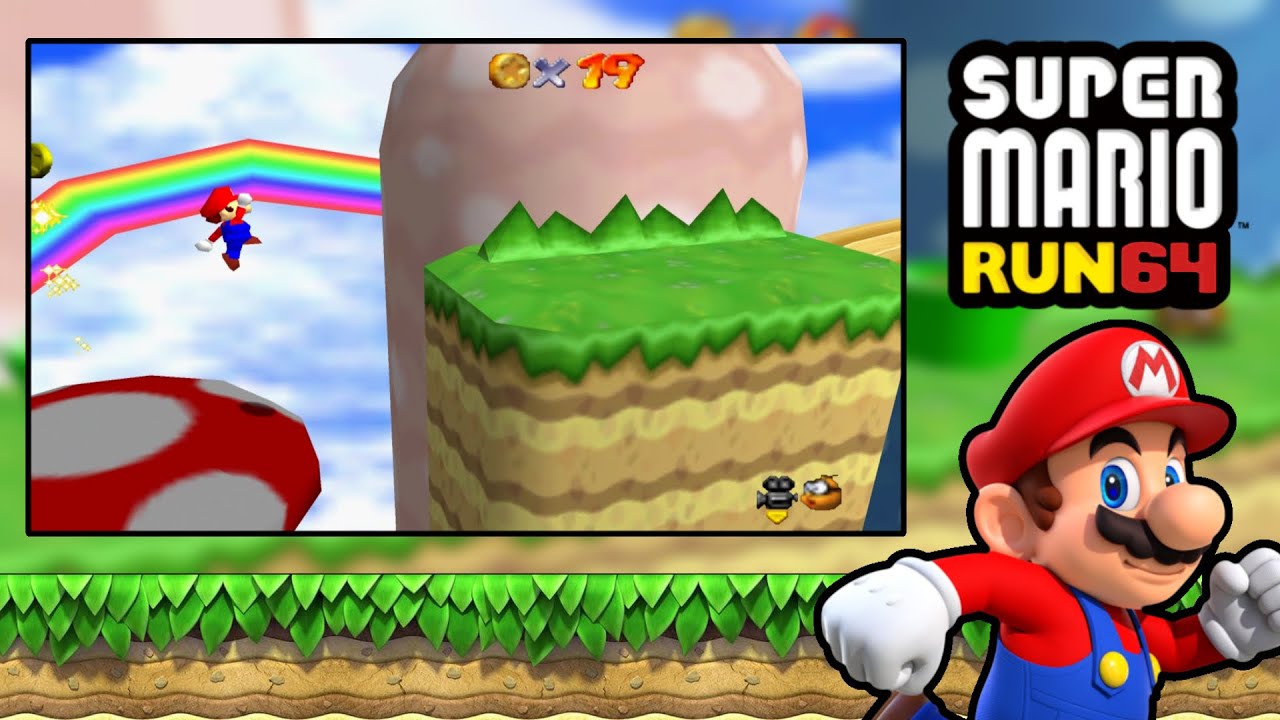 Each “stage” is a hunt for the Power Stars, which plays the role of objectives, and getting a lot of them opens up other worlds. Each time you get one, you get thrown back to the “overworld”. There’s also a bunch of little mini games which are all fun, but there’s not much to say about them. They’re like what you’d get for smartphones.

The biggest thing that hurts this game, gameplay-wise, is that you’re no controlling these characters in a 360 degree space with a D-pad, allowing you to “point” in eight directions. It’s a bit inaccurate but easy to get used to. You could always try using the touch screen for directional input, but that’s more trouble than it’s worth.

The graphics for this game are slightly improved from the original. You can tell what everything is, and you can control the camera around when you need to. A lot of characters’ textures are very pixellated, a standard for DS graphics.

The sound for this game is very varied! Mario has different footstep sounds for different grounds and he has various different voice clips. Enemies often have different sounds they make, helping you to differentiate a chain chomp from a piranha plant. The soundtrack is also varied and well made, although BGM is often reused.

The story for this game is the same as every Super Mario game’s. Princess Peach has been kidnapped by Bowser and it’s up to Mario to save the day. Woopity-woo. Just as in every Mario game, the story is just an excuse to get you to go out and jump on everything in your path.

I recommend this game to anyone who likes platformers, specially 3D platformers. It’s really one of the best 3D platformers out there. If you enjoyed Super Mario 64, this game will hold plenty of surprises for you to enjoy!